Subject: How are we to watch for the Lord's coming? 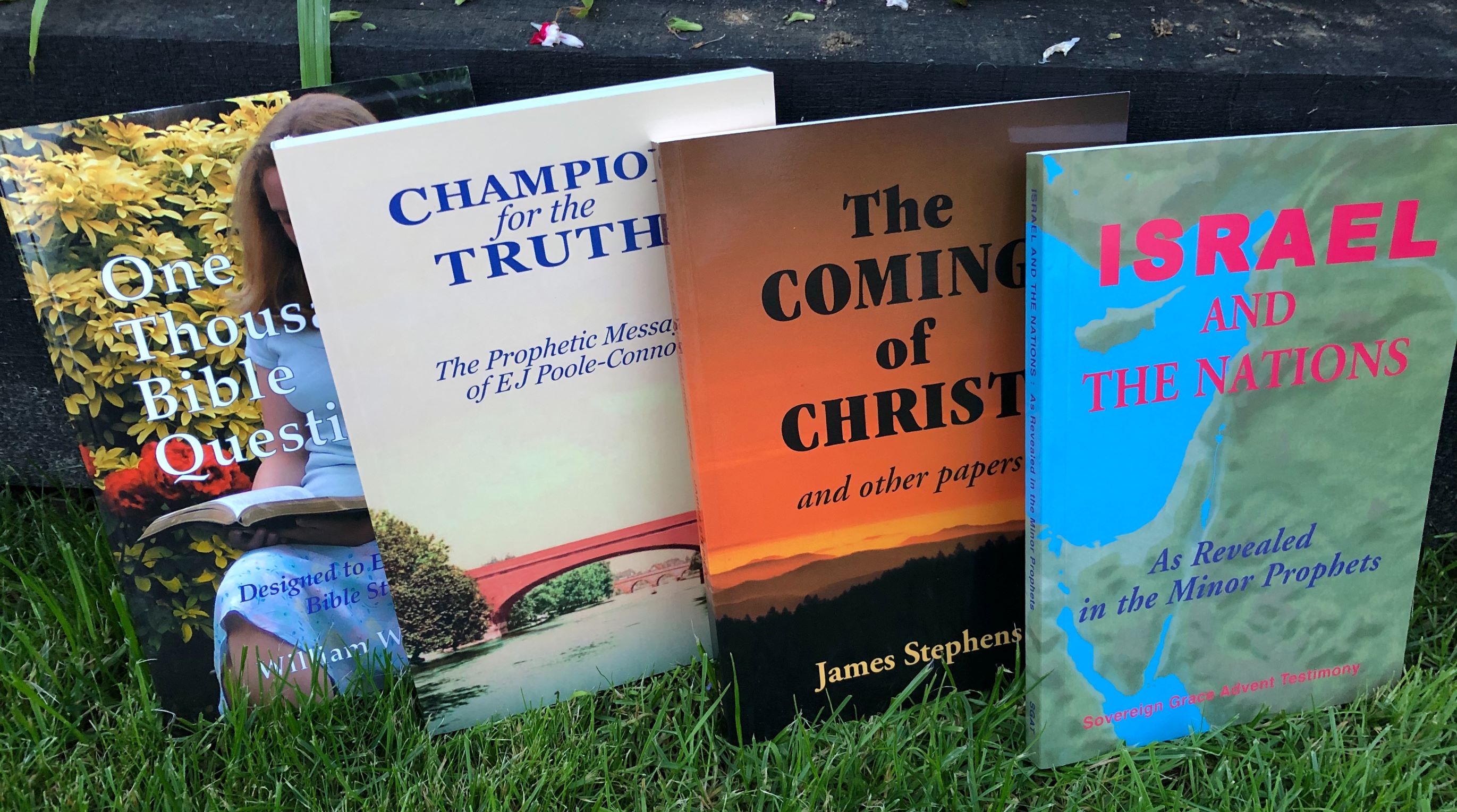 • All four books including One Thousand Bible Questions, Champion for the Truth, The Coming of Christ and Israel and the Nations £15.00

• Champion for the Truth, The Prophetic Messages of E.J. Poole-Connor £5.00

• The Coming of Christ, and other papers James Stephens £5.00

• Israel and the Nations as Revealed in the Minor Prophets £5.00

Where are we in God’s calendar?

This booklet contains a summary of two sermons preached in Kilskeery, Northern Ireland on Lord’s Day, 3rd January, 2021. The sermons were recorded.

Where are we in God’s calendar? by Ivan Foster

Printed copies can be obtained for £0.20 each by contacting our secretary.

Where is Europe heading?

The contents of this booklet first appeared in the Watching and Waiting magazine as a four-part series during the year 2020. The articles were well received, and readers found them to be helpful in their understanding of this very important question. As a result of this encouragement, and because of the great relevance of European events in the understanding of the future fulfilment of prophecy, it was felt that the articles should be printed together in a booklet for wider circulation.

Where is Europe heading? by David McMillan

The substance of two sermons preached by Rev Brian McClung on 24th Apr 2020.

This is the substance of the sermon preached by Mr John Douglas on Sat 24th Nov 2018 at a Centenary Service of the Sovereign Grace Advent Testimony held in Westminister Baptist Church, London.

The Midnight Cry Draws Near

This is the substance of the sermon preached by Mr Ivan Foster on Sat 3rd Nov 2018 at a Conference held in Newtownabbey Free Presbyterian Church in Northern Ireland to commemorate the Centenary of Sovereign Grace Advent Testimony.

Photos from our Centenary Conference at Westminster Baptist Church on Sat 24th Nov 2018 are available here. 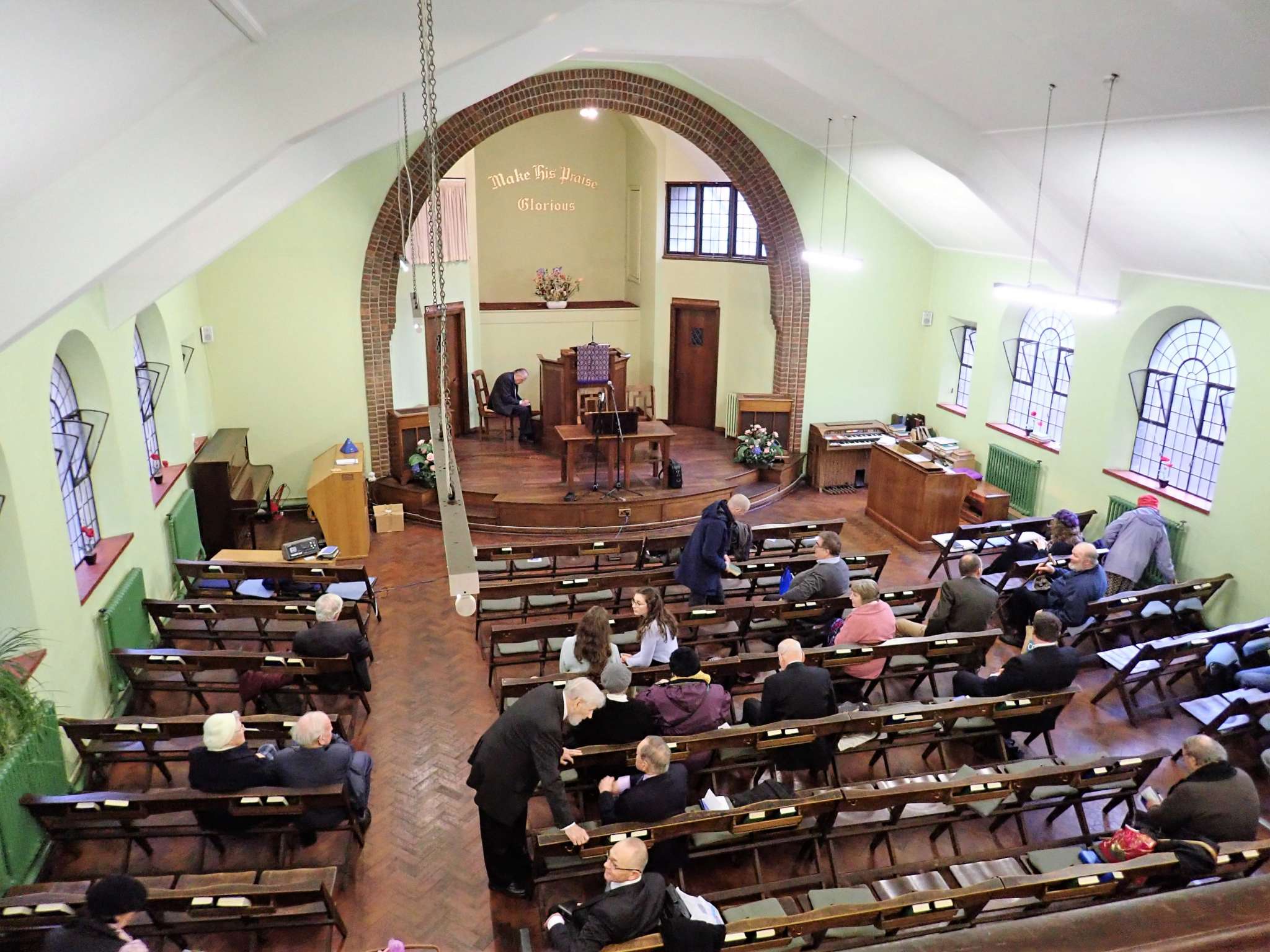 God's Purpose for the British Isles

A new publication in the Bible Lands in Bible Light series God's Purpose for the British Isles by David McMillan is available here.

A Ten Volume Set of The Works of B.W. Newton | Click to Purchase 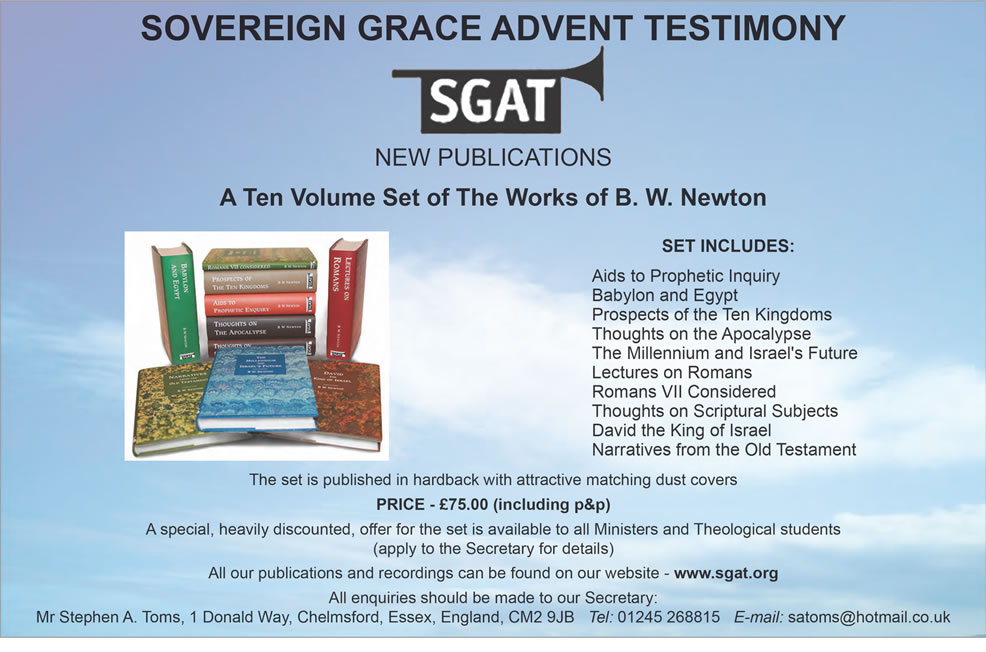 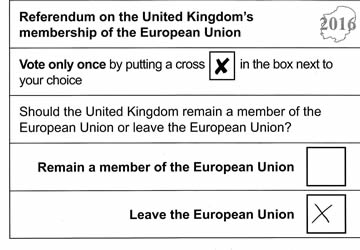 The subject of Europe is very prominent in the news at present and that interest has only increased not diminished since the outcome of the EU referendum has been decided.

We are constantly being told by all political leaders what this result means? What is going to happen now? And where it will all lead? It seems that everyone has an opinion to give or a statement to make on the subject! All of which has only led to greater confusion, division and uncertainty.

But the question that should concern us as Bible believing Christians is - what saith the Scriptures? What does the Word of God have to say on the subject of the future of Europe? That should be our response to every situation and subject in life and our nation's membership of the European Union should be no different.

Despite what many think or say, even many Christians, the Word of God has much to say about the future of Europe and the Nations around the Mediterranean Sea. God has not left us in the dark with regard to these things. In the prophetic Scriptures God has given us a full description of things to come.

In summary - this Union of Nations will:

The Sovereign Grace Advent Testimony (SGAT) has borne witness to this Prophetic Truth for almost one hundred years without any need to revise its message or outlook as world events have changed.

In the light of all that the Lord has revealed to us about the future of Europe we believe that this is something of which no Christian would want to be a part.

For those interested in studying this subject further we invite you to order our recordings and literature, especially BW Newton's classic book - Prospects of The Ten Kingdoms of the Roman Empire. Or to receive our quarterly magazine, Watching and Waiting.

All inquiries should be made to our secretary, Mr Stephen Toms, 1 Donald Way, Chelmsford, Essex, England, CM2 9JB.

There is real reason to be thankful to Almighty God for the result of the vote in the referendum. He it is that has heard and answered prayer about this matter. However, the state of the nation makes the words of the following hymn very applicable. 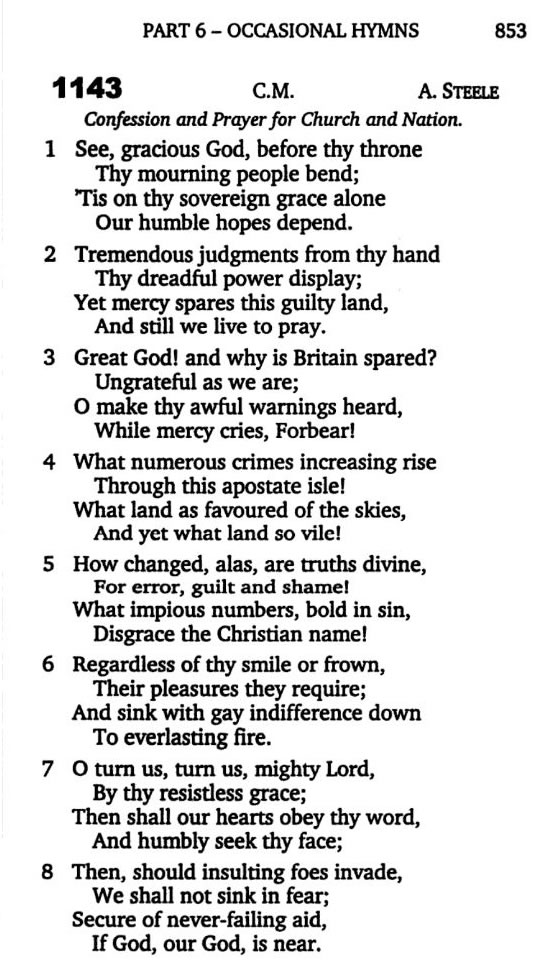 The Middle East and North Africa have been much in the news. God has a lot to say about the nations in this area, and in this series of messages particular thought is given to what the Bible tells us of their future. The reason why the Lord has told us so much is because He would have us to understand His purpose for the earth.

Our Bible Lands in Bible Light series has been added to our Sermon Audio eDocs page. We have also added 'A Divine Forecast Of Jewish History' by David Baron.

The Bible Lands in Bible Light series (all 11 booklets) are also available to purchase from our store. 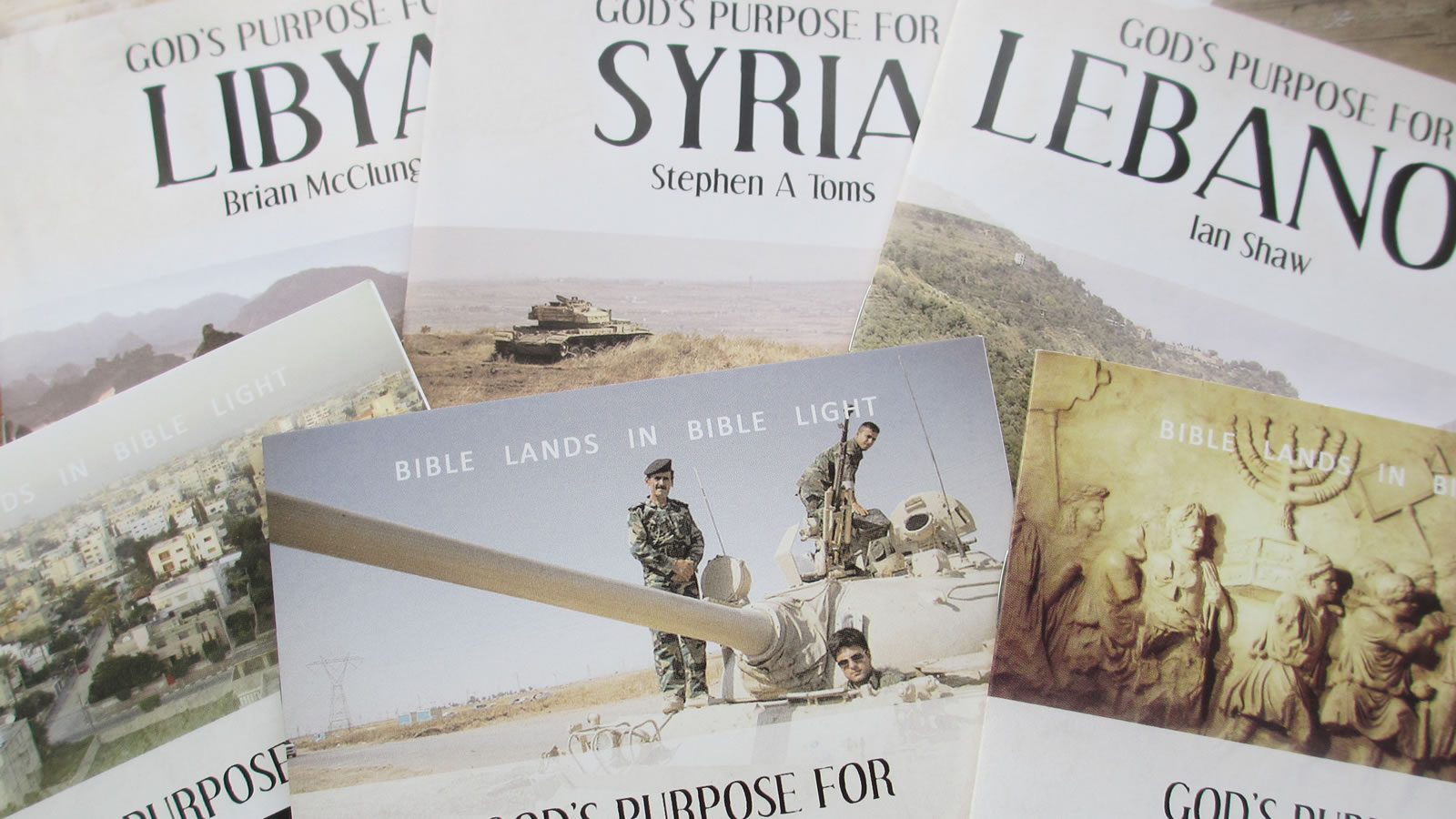 Due to the generous gift of a kind friend, the Sovereign Grace Advent Testimony has been enabled to arrange the republication of some of Mr Benjamin Wills Newton’s extremely valuable works which, sadly, have been out-of-print for many years.

The books that have now been reprinted are (1) ‘Aids to Prophetic Enquiry;’ (2) ‘Babylon and Egypt’ (full title, ‘Babylon: Its Future History and Doom, With Remarks on the Future of Egypt and Other Eastern Countries’); (3) ‘Prospects of the Ten Kingdoms of the Roman Empire;’ (4) ‘Thoughts on the Apocalypse;’ (5) ‘The Millennium and Israel’s Future;’ (6) ‘David, King of Israel;’ and (7) ‘Lectures on the Romans.’ All seven books are in hardback.

These are books which every pastor and preacher should possess and read, but we heartily recommend them to the whole Christian public. We are glad to be able to put these works into circulation again as it is shameful that so many believers, including preachers, are so ignorant of prophetic truth, which is so relevant in these present solemn times.